I know, I know... no cute furry faces in this post, for which I apologize, but this subject has been fast becoming one with which I am fascinated; personally I believe it heralds a shift in the fundamental way in which we, as people and a society, function and is, in my opinion, a portent of truly dystopian times for the generations that will come after mine.

The social currency for these transactions is becoming sociopathy and the myriad behaviors, all of which are dysfunctional, that accompany it.

I see evidence of narcissism and sociopathic behavior daily on FB. I'm not referring to the Ursula Drosts of the world who attack a veterinarian (me) for using Metacam and Omeprazole; it's far more subtle than that. For example, in having belonged to an online community of people who share my love of Belgians and animals, I assumed, rather naively, that given the chance, any one I knew on FB would leap at the chance to take action about something that supposedly mattered to them. What I found is that precisely the opposite is true: In the last week alone three FB friends have bitched or expressed indignation about animal-related issues and social injustice; in two of those cases I suggested we start a petition at change.org which quickly brought the thread to a dead stop in each case. In the third example a college in Wisconsin recently objected to the construction of a 911 memorial for fear that it would offend muslims. This college has a FB page; I posted on that page asking if the story I had read was true; nothing more. No accusations, no hate statements, just an objective, neutral question. I took a screen shot of my post, posted it back in the original FB thread and invited everyone who had been expressing outrage to do the same. No one did a thing. My post was deleted by the college an hour later.

While people will post regarding a cause and sound indignant about it, if offered the opportunity to actually do anything no one will lift a finger, preferring to merely posture in a virtual and superficially meaningless way to project an image of a passionate, conscientious, animal loving individual. It's an act; an appearance, posturing, posing, pretending, and nothing more, and this is why I think sociopathy is becoming the norm:

The act of appearing to care is becoming more important than the act of caring itself.

This supposition or hypothesis is completely supported by the article below. This is a terrifying thought: It means that the core values that motivate us are being replaced. If these are gone, what's left? Does that mean the Yulin Dog Meat Festival won't be stopped because everyone is too busy to appear outraged about it to actually do anything? See what I mean?

I received the following PM last night from a FB friend (I prefer the term 'digital associate' at this point to 'friend' with very few exceptions) which gave me tremendous pause for reasons which I think should be obvious; I mulled this message and the motivations for sending it repeatedly until I realized I was, once again, absolutely wasting my time by doing so. The context of the statement is less important than the statement itself:

While it seems dismissive, curt, uncaring and unsupportive, the intent with which this was written is irrelevant, because ultimately the sender has a valid point.

I wanted to know if my consistently and all-too-frequent negative emotional and intellectual reactions to various aspects of Facebook and interactions on FB were the product of a warped childhood, lingering and cryptic psychosis, or if they were common experiences shared by others. I Googled "facebook+behavioral effects" and found some very interesting articles, one of which struck a particular chord with me and is copied and pasted below. I've been discussing this rather extensive subject with a few friends for several weeks and thought I'd share what I've found. The original article can be found here. If you have any thoughts on this subject and/or this article, please feel free to comment. I'd love to hear what you have to say about all this.

Facebook is a social media site that is relatively new. Because of the novelty of the site, psychologists are only beginning to understand the ways in which the site affects the way that people think and act. The novelty of the site also makes this an exciting new terrain that professionals can explore, and possibly even deepen their understanding of human behavior.

People join Facebook to connect with other people, although recent research has suggested that this isn’t the effect that the social networking site might have on individuals throughout the world. The research suggests that Facebook could actually be making people feel lonelier than ever. Facebook can be somewhat alienating, and studies have even shown that the more people used this and other sites like it, the more their levels of social connectedness and happiness decreased. [emphasis added] As Maria Konnikova explains; “The more people used Facebook in the time between the two texts, the less happy they felt-and the more their overall satisfaction declined from the beginning of the study until its end.”

Another study conducted on individuals who used Facebook suggested that the site was actually able to increase emotions of jealousy in individuals, regardless of whether they were prone to this feeling beforehand or not. [emphasis added] It is said that individuals who tend to spend more time on the site browsing through postings made by other people, instead of creating content, the more envious they were likely to be.

There is a social phenomenon called social comparison that was defined by researcher Hanna Krasnova and her colleagues. This phenomenon occurs when individuals view the accomplishments of their peers through Facebook and other social networking sites and feel resentment towards them. [emphasis added] It is believed that this feeling is particularly strong when the individuals succeeding belong to the same peer group as the individual.

4. It Can Be Addictive

One of the little known effect of Facebook is that the social networking site can actually become quite addictive, particularly because people want to learn about what is going on in the lives of the people they know, and then others to know about their goings on. This becomes problematic when people feel they have an image that they need to uphold on these sites. [emphasis added]

Facebook doesn’t simply have negative effects on people’s psychology; it can also have very positive effects. Political parties quickly realized that by utilizing Facebook correctly, they could actively increase political participation. It is quite common to see voting campaigns appear online in the months leading up to an election, but it is also just as common to see people encourage others to vote. These sorts of campaigns provide individuals with the information they need to go out and vote, including information about how to complete the process and where it can be done. [Note: The author is clearly not cognizant of the furor and anger with which opposing members of political parties are currently attacking each other on FB. -mn]

It has recently been found that just by opting to share something on Facebook, the reward-processing centers within our brain are activated. This happens before we’ve actually shared anything.

One of the biggest benefits of utilizing social media is that it is actually able to act as a sort of buffer against the effects of pain and stress. A study conducted back in 2009 showed that the physical effects of pain were dulled just by having someone look at a picture of someone they loved.

It is believed that those who actively involve themselves in posting, commenting and liking on Facebook actually benefit from a spike in happiness while participating. This is something that isn’t present in those who are simply browsing, however, so it means that individuals will need to get involved in order to feel involved, in a sense.

When people have nothing to do, their brains should be able to come up with imaginings that keep them entertained, whatever these might be. In the past, this was quite common, but these days, people simply turn to social networking sites when they are bored. This often leads them to become just as bored, but since they are somewhat stimulated, this turns into a habit. [emphasis added] Over time, they don’t use their thoughts to stimulate them, and so it becomes harder and harder to turn to this resource.

A fascinating study conducted by the University of Birmingham has shown that people who share their pictures on social media sites often have a lower degree of intimacy in their own relationships. [emphasis added] The experts at MPH Programs List have the following to say on the matter;

“Clinical researchers noted that people who share pictures on Facebook have less intimacy in their personal relationships. Researchers think that when the users try to advertise how attractive they are, they can end up alienating some friends who envy them.”

11. It Teaches People To Hold Grudges

When people see their friends living lives that make them envious, many individuals tend to hold grudges that could end up causing them to stop being friendly altogether. [emphasis added] This sort of behavior is contrary to the purpose of the pictures and comments often posted, which are usually intended to make people see someone in a particularly pleasant light. Internet Psychologist Graham Jones states; “As a society as a whole we haven’t really learnt the rules that make us work well with Facebook.”

People often turn to Facebook as a way to avoid dealing with their real problems. This social media site becomes a sort of crutch that they can lean on when things get tough. [emphasis added] What is more, social networking sites are often used by people as a method of avoiding real social interactions, [emphasis added] and this could end up causing someone to become even more isolated.

Altogether, when used for the wrong purposes, social networking sites can have a very negative effect on the way that people interact with each other, as well as how they choose to deal with their own issues. [emphasis added] The field of social media and its effects on our psychology is still very new, so many more studies will need to be conducted in order for the professionals to understand these effects a bit better.

As technology continues to evolve, individuals will evolve along with it. This means that the field of social media psychology is a dynamic one that might give individuals a much more thorough view into the human mind and how it functions across a broader field of mediums.

About the Author: Ann Steele 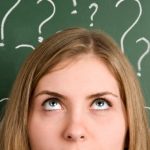 This website is co-authored by Ann Steele, a Marriage and Family Therapist in San Diego with extensive experience with children and adolescents. Ann Steele attended American School Of Psychology & Argosy University Online. She especially enjoys using music therapy for mental and emotional well-being.

View all posts by Ann Steele